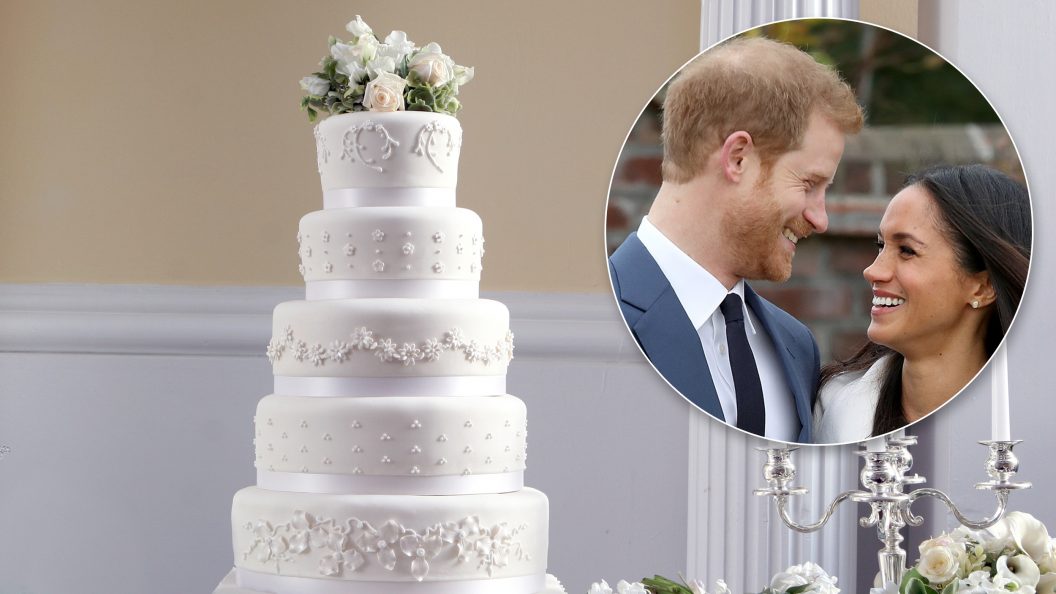 Every year, Beverly Hills’ bridal show gets more sophisticated, and the cake is one of the focal points of the show. In 2006 the bridal show commissioned La Patisserie Artistique designer, Nahid Parsa, to create a cake. Drawing from her architectural background, Parsa designed a five-tiered cake that incorporated her construction skills. At the top layer, she made use of thick white creamy frosting while lavishing the lower levels with significant ivory fondant. What made the cake worth $20 million was the incorporation of studded diamonds throughout the cake and gold flakes at the bottom of the cake. The creation by Nahid Parsa was a site that left the confectionary world stunned.

In 2010, the Dallas Bridal show displayed one of the most pricey cakes in wedding cake history. The $1.3 million cake, also known as the Luster Duster Cake, was created by Dallas’ Delicious Cake and featured nine tiers and had a weight of about 160 pounds. The bottom eight levels were ivory fondant coated and highlighted intricate detail of silver luster dust lines. The cake had 1200 diamonds lined all around the cake from the top to the bottom tier. A total of three hundred and twenty people ate the cake, meaning that the average price of one slice was about $3125.

(iv) $80,000- The Wedding Cake of Kate Middleton and Prince William

When it comes to weddings and wedding cakes, royal weddings have set the pace throughout history. The situation was no different during Prince William’s marriage to the beautiful Kate Midleton. Fiona Cams designed the masterpiece created for their royal wedding. It featured eight tiers decorated with twelve different flowers, each with a specific meaning to the two. Some of the flowers on the cake included the Irish Shamrock, Scottish Thistle, English Rose, and sugar lily. The Sugar lily had one of the most significant meanings symbolizing humility. The cake had nine hundred sugar-paste flowers and cost $80,000, twice the price of Prince William’s mother’s wedding cake.

Princess Diana was the most famous princess to have graced the history of the British Monarchy. There were a total of twenty-seven cakes at Princess Diana and Prince Charles; wedding reception. The centerpiece was a 5-feet tall cake designed by David Avery of the Royal Naval Cooking School. The total cost of the cake was $40,000. A few slices of the 1980 masterpiece have been preserved through the years and auctioned for as high as $2000 per slice.

Liza Minelli’s wedding to David Gest was a big deal in celebrities’ social circles. Some of the attendees included Elizabeth Taylor and Michael Jackson. It comes as no surprise that her wedding cake came with a hefty price tag. The $40,000 black and white floral cake featured twelve tiers with silver-leafed stripes and edible red and purple accents. 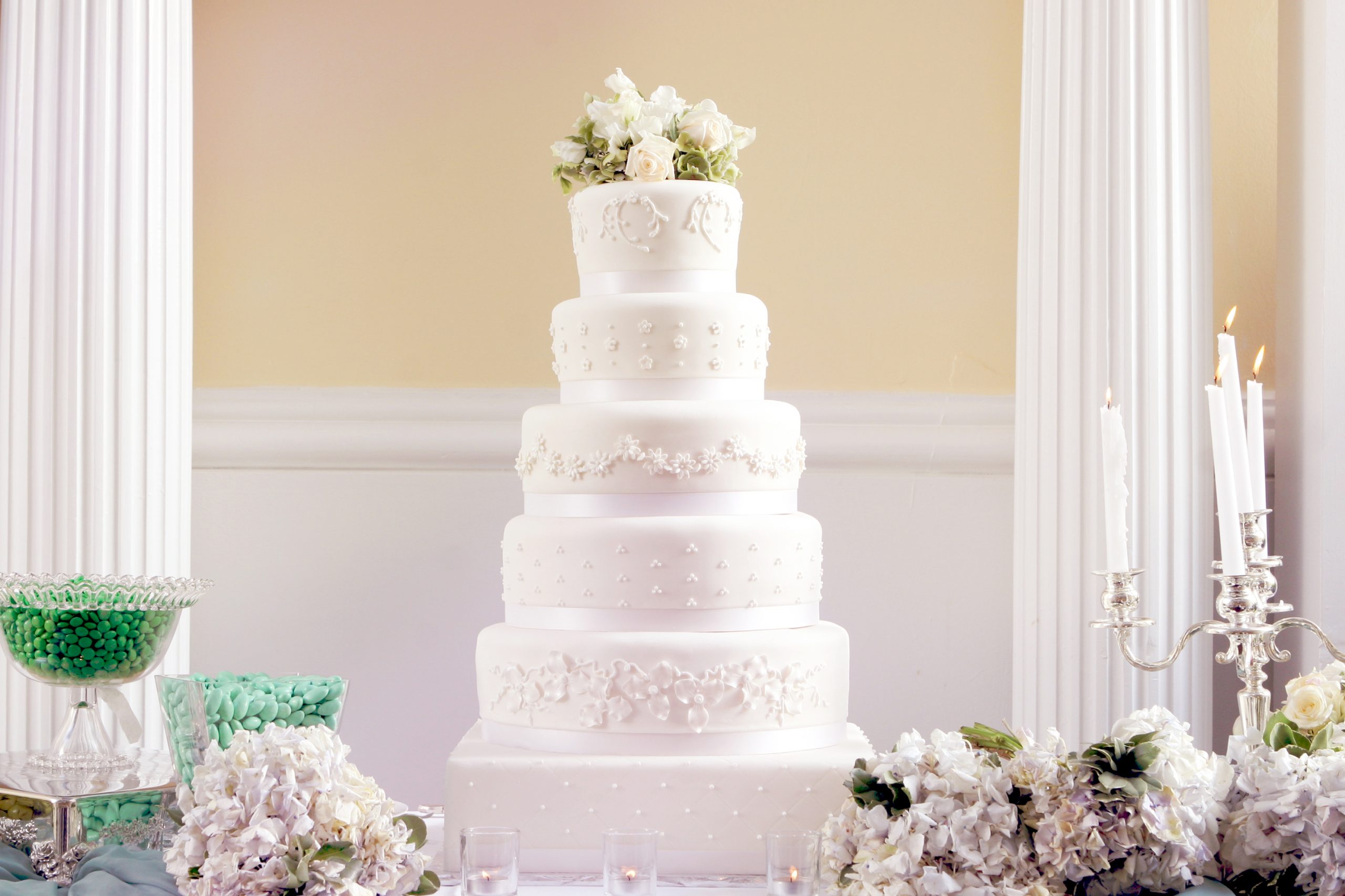 Although sugar sculpting had started being incorporated into works of art by the seventeenth-century, it wasn’t until the 1760s that it began to be incorporated in cakes. The most famous pastry chef during this period was Antoine Careme. His confectionary book Patisserie, has engraved illustrations showing that he made his well-structured desserts and cakes using a type of pastillage. Antoine Careme developed many of his confectionery works from architectural drawings and was the first person to compare the art of the pastry chef to that of an architect. In 1819 Fredrick Night wrote about a related recipe for pastillage in his book, “The Complete Confectioner”. During this time, not much ‘string or net’ work was done in Britain, and the modeling tools used at the time were made of bone and not plastic.

Today, confectioners have advanced their skills considerably, and so has the price of wedding cakes. Unlike those made in the seventeenth and eighteenth centuries, cakes today have revolutionized the meaning of “fancy and extravagant wedding cakes”. It is uncommon to see cakes designed with diamond aspects or ones that cost thousands or tens of thousands of dollars. There are three reasons why cakes cost more than they did a century ago; the increase in living standards, the increase in the skill of confectioners, and the increasing use of expensive items such as silver and gold.

The Most Extravagant Wedding Cakes Ever Made

Many people would agree that cakes are some of the most ingenious dessert inventions made by man. There are several methods of making a cake, and this makes it a very versatile dessert option. Cakes allow pastry chefs to exercise their imagination. The best pastry chefs regularly develop their skills in innovative designs to make creations that stand out and frequently participate in competitions for titles and awards. They are often given projects by celebrities and affluent people to create extraordinary cakes for their weddings. The price of such cakes can run from thousands to millions of dollars. Below we take a peek into some of the most extravagant wedding cakes ever made.

Presently, wedding cakes go for something in the range of $400. This is already a high price to pay for a cake, however in 2013, the National gay wedding show hosted in Liverpool displayed a cake worth $52 million. The masterpiece, made in Chelsea, England, was an eight-tiered cake featuring over four thousand impeccable diamonds throughout the design. The incorporation of diamonds in the cake was a significant factor contributing to the cost of making the cake (luckily, Wakefield & Associates was available to help cover the cost). People could taste the cake, unfortunately they couldn’t keep the diamonds. 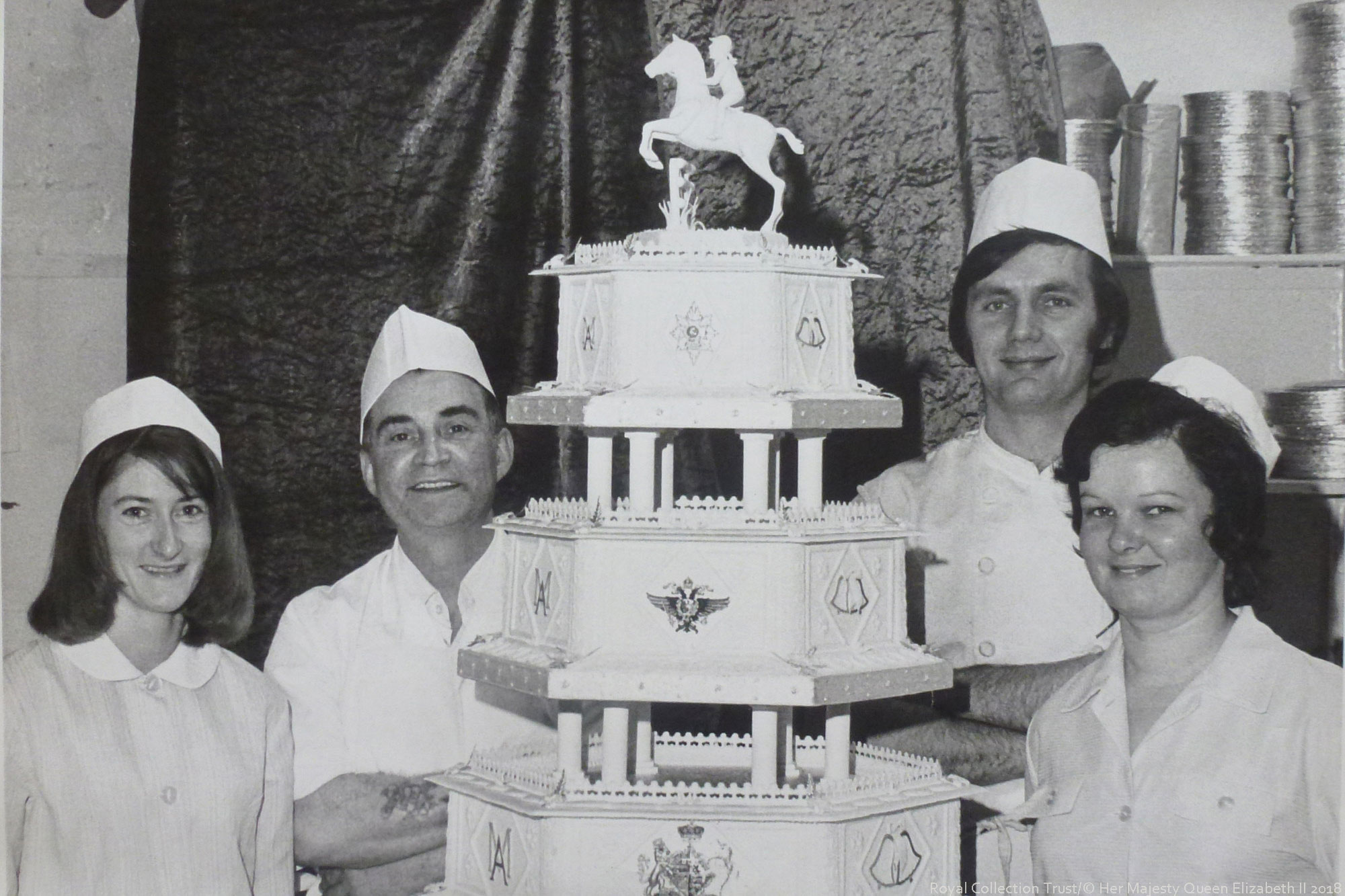 It is tough to pinpoint the exact date when baking and cake making started. The history of wedding cakes dates back to ancient Rome. Traditionally, small and simple cakes were made from food and were offered to appease the gods. The earliest practice involving wedding cakes, known as “crowning the bride”, involved crumbling over the newly-wed with cake so that the gods would confer her with bliss. This practice was spread to Britain in 54 BC by Julius Caesar and was quickly assimilated into the British culture. Initially, this practice was reserved for the affluent families in Britain, the common folk would scatter grains of corn or wheat on the bride, in the belief that it would bring her fertility.

During Queen Elizabeth I’s reign, decorated cakes made an entry into British culture, though not as wedding cakes. Most of the cakes were embellished using almond paste. During this era, food started to become more fancy and exotic as new culinary skills were spread from all over the British empire. Sweetmeats would be served in plates made from a type of pastillage. Extravagant centerpieces would be displayed during feasts to wow and entertain high-ranking visitors. At the time, wedding cakes were made as small separate cakes, and looked more like a bun coated with almond paste. The cake would be pressed through the bride’s wedding ring, crumbled over her head, and some given to the poor people outside the feast.

The remaining cake would be stacked up and presented to the bride and groom so that they may kiss it. The belief behind this practice was that by kissing the cake, the bride and groom would have a blissful and prosperous life and bear many children. Upon Prince Charles’ return from exile, the sticky almond paste coated buns were replaced with a single large cake. During his time in France, Prince Charles II had met skillful French pastry chefs and had developed a love of French Culinary. When he came back to England to reclaim the throne, his favorite chefs accompanied him. Upon setting their eyes on the unattractive and not-very-appetizing stacks of almond paste coated buns, proposed the cakes be iced with sugar crusts and embellished with trinkets.

After the proposal to embellish the cake using trinkets was accepted, it quickly became popular, and a new trend began among the best chefs in Europe to make cakes with more fabulous decorations. The competition was stiff, with every chef striving to create a cake that’s King-worthy. After the practice of icing wedding cakes with sugar was introduced, the custom of crumbling the cake on the bride’s head became easier. The sugar would crumble and be showered over the newly-wed, leaving the remaining cake to be eaten.

Shortly after, the bride’s family started to make two cakes for a feast: one would be used for crowning the bride and the other well-decorated one for those who had developed a taste for sugar iced cakes. These came to be called the bride’s and groom’s cake. The practice of crowning the bride went on up to the period just before the beginning of Queen Victoria’s reign. During this time, the bride’s cake started to be served as a dessert during the wedding while the groom’s cake would be split into pieces for visitors to take home.